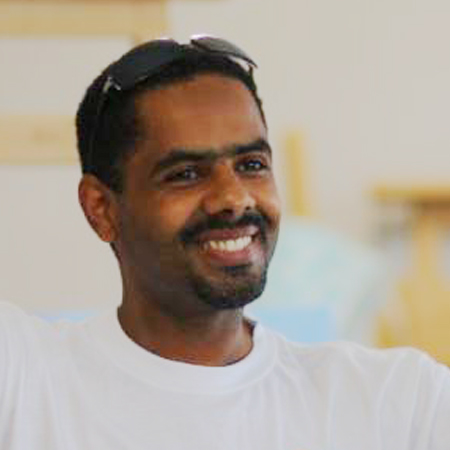 A multi-talented artist, he is proficient in oil painting、acrylic painting and watercolor. Recently, he also created multimedia works. His realistic painting technique echoes the classical painting style, characterized by heavy colors and vivid details. He was trained in painting in Spain and Italy. In 2008, he received an MFA degree in American. In 2006, he won the Sultan Qaboos Prize, which was awarded to artists with cultural creativity in Fine Arts; In 1990, he won the first prize at the Gulf Youth Exhibition; In 1999, he won the first prize at the Arabic Calligraphy; In 1990, he won the Muscat Biennale Award; In 2001, he won the Oman Creative Award.
Artist details